Located adjacent to the railroad tracks on the east, NuGrape Lofts is a three-story, wood-framed, masonry-veneered, Stripped Classical-style industrial building. It has a flat roof, stone cornice cap, blonde brick on the front and west facades, red brick on the rear and east facades, steel-framed tilt factory windows with multiple lights, and brick pilasters with stone caps. The west facade has similar detailing as the front with the brick, windows, and pilasters. The east facade has multiple-light, tilt, factory windows, and single-door entrances on each level to provide emergency exit by metal stairs. The bridge connecting the building to the rail spur is on the third level, east facade. The rear facade has no detailing, the same tilt factory windows as the other facades, and a non-historic elevator shaft.

Now the interior floor plan consists of a first-floor lobby and lengthwise central hall on all floors with loft-style apartments on either side of the hallway. Interior features include wood post-and-beam construction with some steel beams, exposed masonry walls, concrete or wood floors, exposed mechanical systems including a 1937 sprinkler system, fire doors, and wood staircases.

The National NuGrape Company building is significant in architecture and industry as a landmark building which served as the headquarters of a major soft-drink company. The building is significant in architecture as a good and intact example of a Stripped Classical-style industrial building used for manufacturing facilities in the early- to mid-20th century. Significant features include the masonry-veneer construction, steel- framed tilt factory windows, traditional post-and-beam construction, fire doors, exposed concrete floors, wood floors, and rail bridge. This Stripped Classical-style building, with its brick suggestion of pilasters and simple cornices, incorporates understated classical detailing on an otherwise unadorned building. This style, as seen in the National NuGrape Company building, represents a transition between classical influenced architecture with pilasters and modern architecture which is characterized by plain wall surfaces and no stylistic detailing. In terms of industry, the property is significant as an important example of 1930s industrial activity in Atlanta. The building was constructed in 1937 for the National NuGrape Company which occupied the building until 1971 when the property was sold to Ryco Printing Company. The NuGrape Company of America, as it was officially known, began in Atlanta in 1921 and moved to this building in 1937. It was an innovator in the 1920s by bottling its own drinks, now a standard in the beverage industry. This building served as the national headquarters for more than 600 bottlers of NuGrape around the country and housed the advertising office and home laboratory for the company. The syrup was also made in this building, stored in 50-gallon oak barrels, and shipped around the country.

Although the original building permit for this building lists the owner as the National NuGrape Company, the company was officially designated the NuGrape Company of America at the time of the building’s construction. The company was organized in 1921 in Atlanta which remained NuGrape’s headquarters throughout the company’s independent existence. All three brands were acquired in 1968 by The Moxie Company (renamed Moxie-Monarch-NuGrape Company and later Monarch Beverage Company). In 1999, the NuGrape brand was acquired from Monarch Beverage Company in Atlanta by Big Red, Ltd. of Waco, Texas. The Sun Crest brand was purchased by Hedinger Brands, LLC. in 2007 and is licensed to The Dad’s Root Beer Company, LLC. Kickapoo Joy Juice was discontinued in 1970.

Mark Armstrong of Monarch stated that NuGrape was an innovator in the 1920s by bottling its own drinks, now the standard practice in the beverage industry (interview, 25 Aug 93, Clifford F. Altekruse with Armstrong). According to a long-time official of NuGrape, William E. Dimmock, the company grew rapidly in the 1920s, but purchased the Mavis Chocolate Drink Company of New York in 1930. This investment proved to be unfortunate, and the company went into receivership some time in the early 1930s. During that period the company was sold to R.A. Randall (O.R.), who had previously worked for NuGrape (interview, 30 Jan 94, Altekruse with Dimmock).

The NuGrape Building was constructed by NuGrape after the company emerged from receivership. No architect or builder is listed, but the permit was signed by D. McKinley, who probably served as architect/builder. The first Atlanta City Directory listing for NuGrape at the 794 Forrest Road (Ralph McGill Boulevard) address was in 1938, which agrees with the 21 Dec 1937 completion date on the building permit. Although historic photographs were not found, a letter from 1945 on the company’s letterhead shows the entrance before the RYCO Company altered the building. This building served as national headquarters for more than 600 bottlers of NuGrape throughout the country as well as housing the advertising office and home laboratory for the company. The syrup for NuGrape was made there, stored in fifty gallon oak barrels and shipped to bottlers country-wide (Dimmock). According to Dimmock, NuGrape originated with M. Eisenberg, a grocer in Atlanta, who developed a drink he called NuMint. He probably used standard flavorings sold nationally by a Chicago distributor and sold the drink in his store. Eisenberg encountered financial problems and was unable to pay his grocery supplier, the Kelley Brothers Wholesale Grocery Company. In order to pay off his debt, Eisenberg went to work for the Kelleys developing his drink. As a large wholesale grocery supplier before chain groceries became popular, the Kelley brothers were prominent businessmen in Atlanta, and had the means to develop and market the NuGrape drink (Dimmock). Eisenberg was listed as a member of the Board of Directors of NuGrape in 1930. Dimmock, who was listed as Assistant Secretary of the company (and Chief Chemist) in the same publication, was involved in developing the original NuGrape formula (Armstrong). Like Coca Cola, NuGrape advertised its product in newspapers and magazines. And like Coca Cola, the NuGrape bottle had a distinctive shape which included three rings on the neck. In 1923 the company was known as the NuGrape Bottling Company of Atlanta, and was located at 124 Auburn Avenue. NuGrape even placed ads in the local school yearbooks. In 1926, the City Builder featured the NuGrape Company in its February issue, naming the company the second largest manufacturer of 5c drink in the United States. A picture of the company officers shows the Kelley brothers and O.R. Randall, the general manager. According to the article, the management of the company was “composed entirely of citizens of Atlanta,” and the company was “remarkable for its successful and steady growth during the short period of its existence [1921-1926].” By 1926 the company had expanded its operations to include more than 500 bottlers in 37 states, and seven syrup manufacturing plants from Baltimore to Los Angeles.

NuGrape company headquarters remained at 794 Ralph McGill Boulevard (formerly Forrest Road) until 1971 when RYCO Printing Company acquired it and remained until 1990. RYCO changed the front entrance of the building, adding shutters and a faux Colonial entrance. 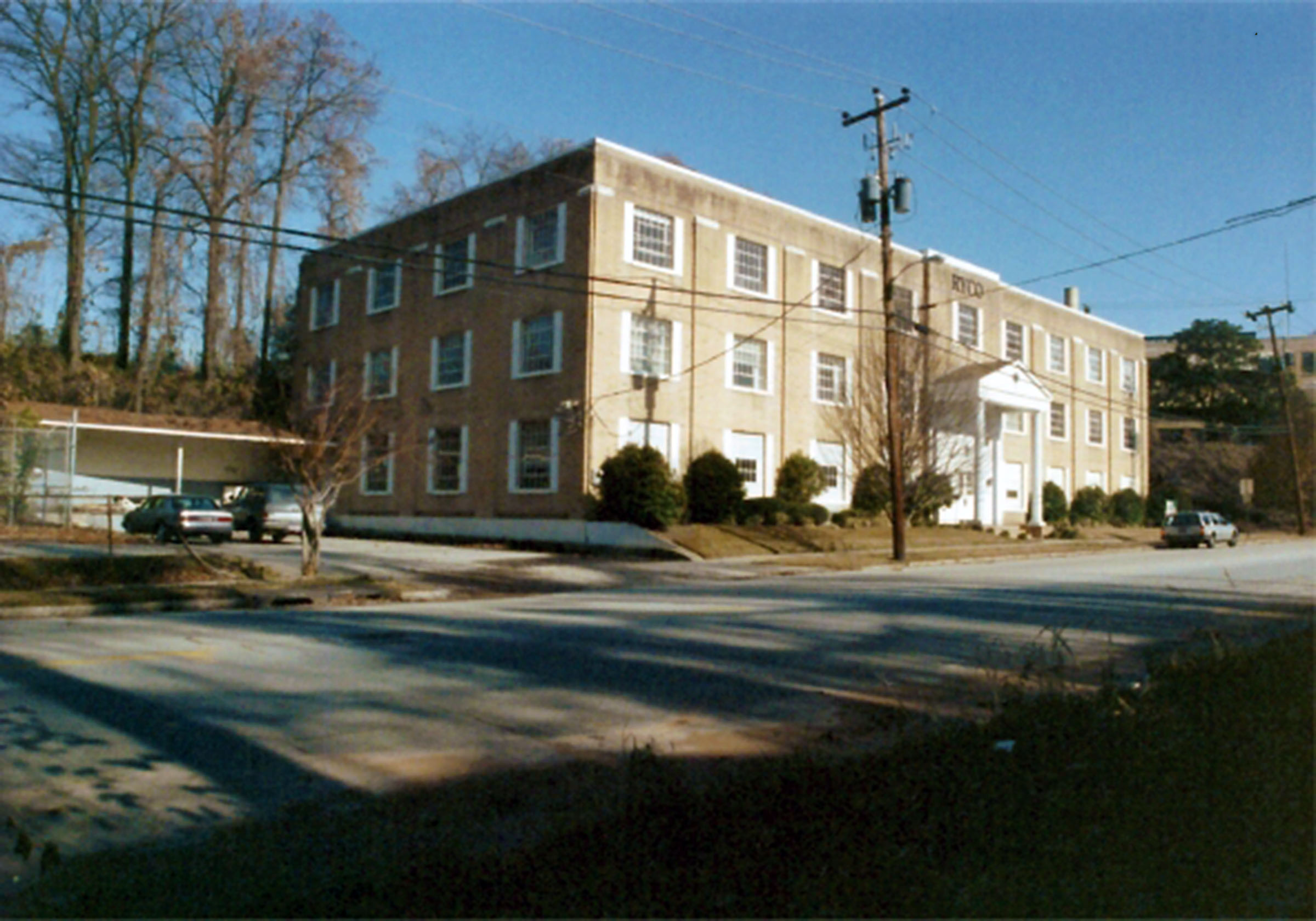 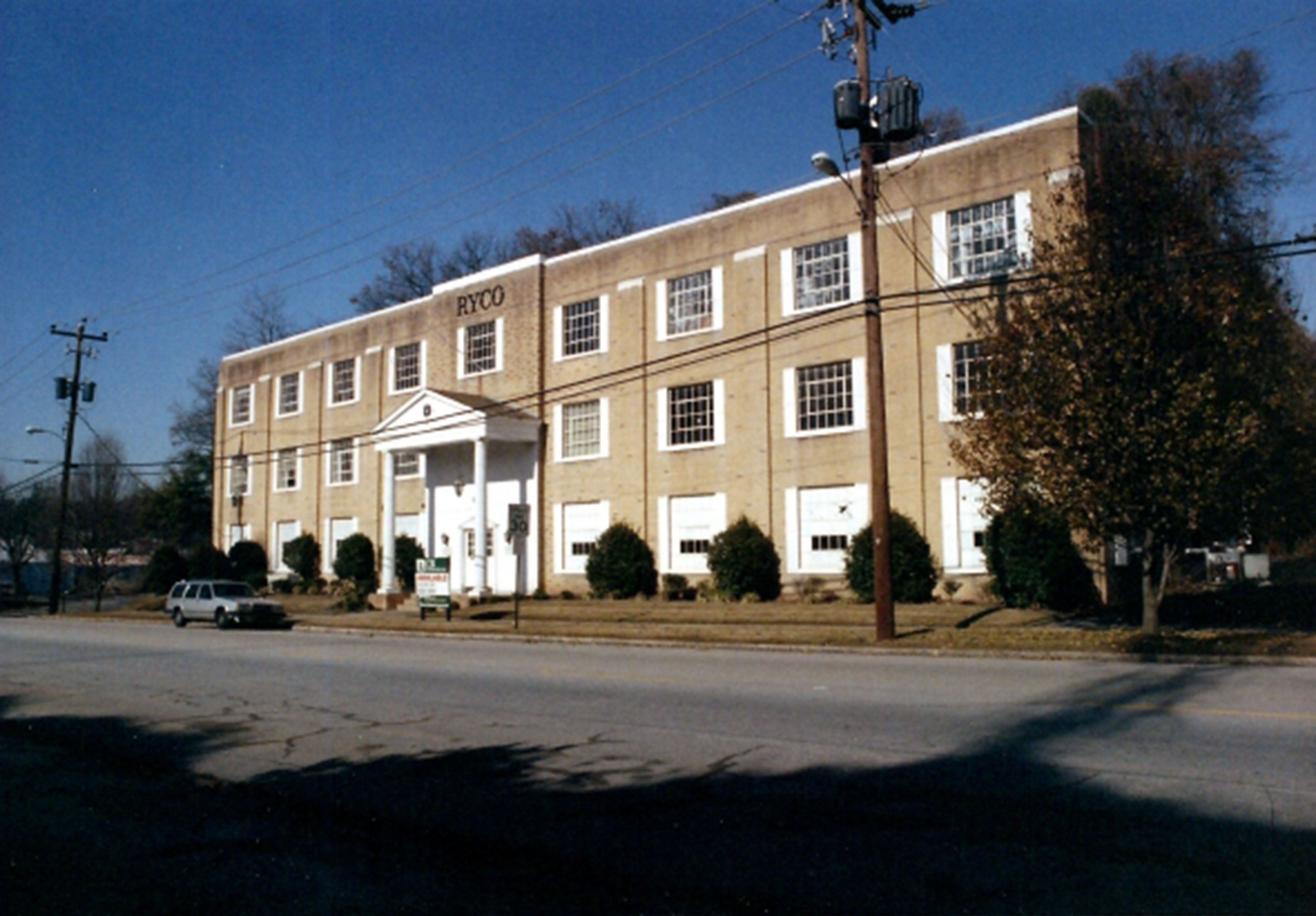 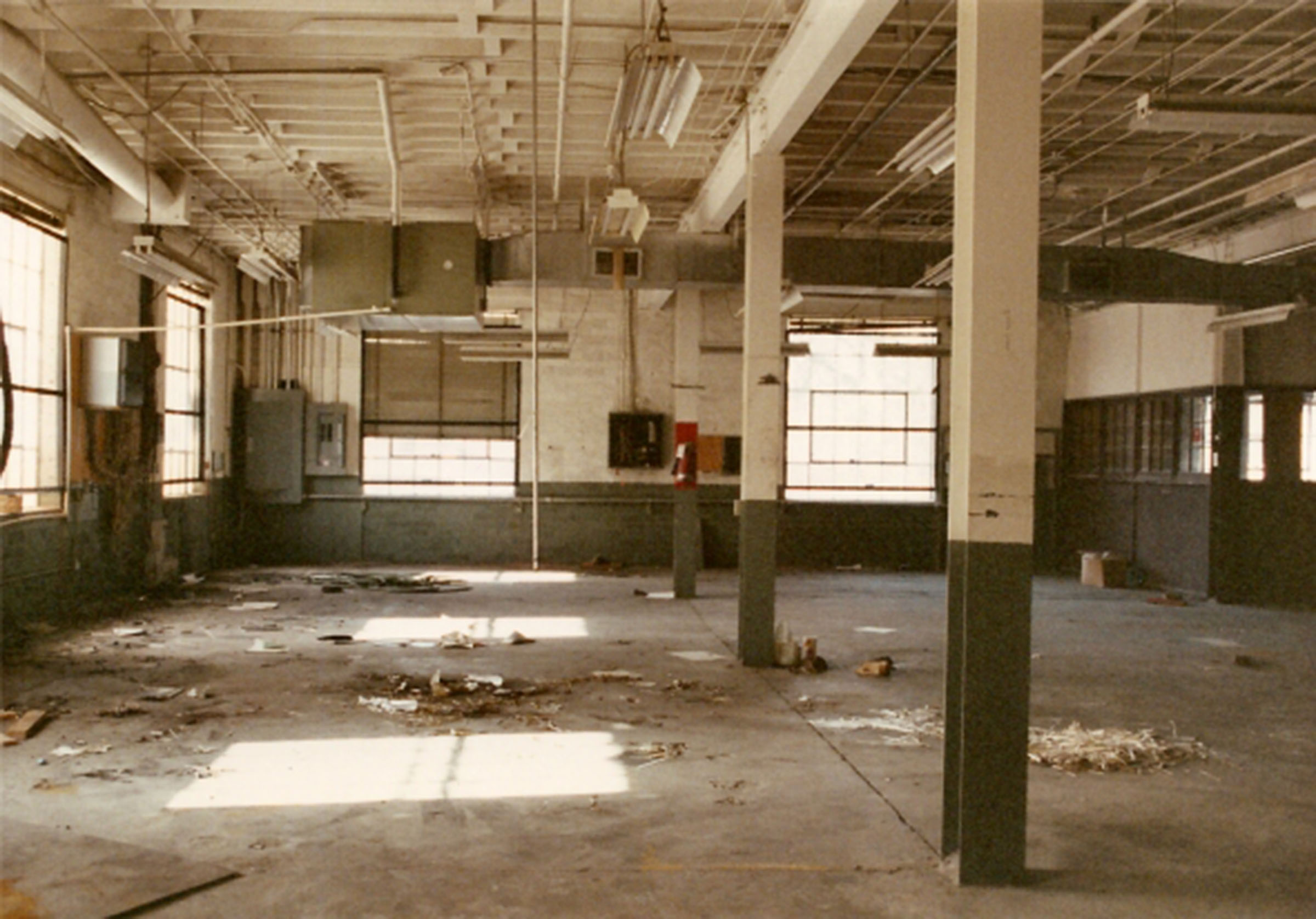 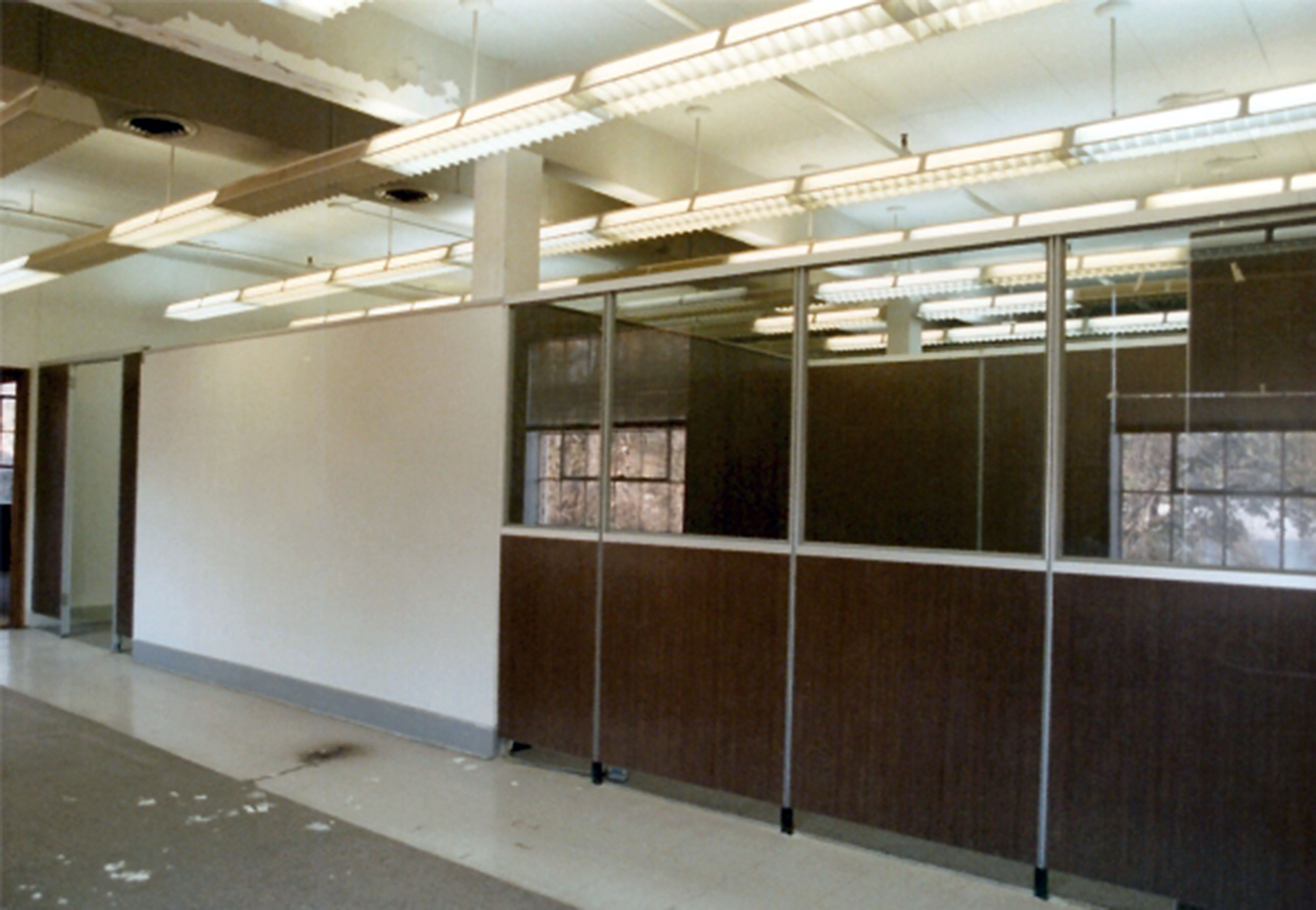 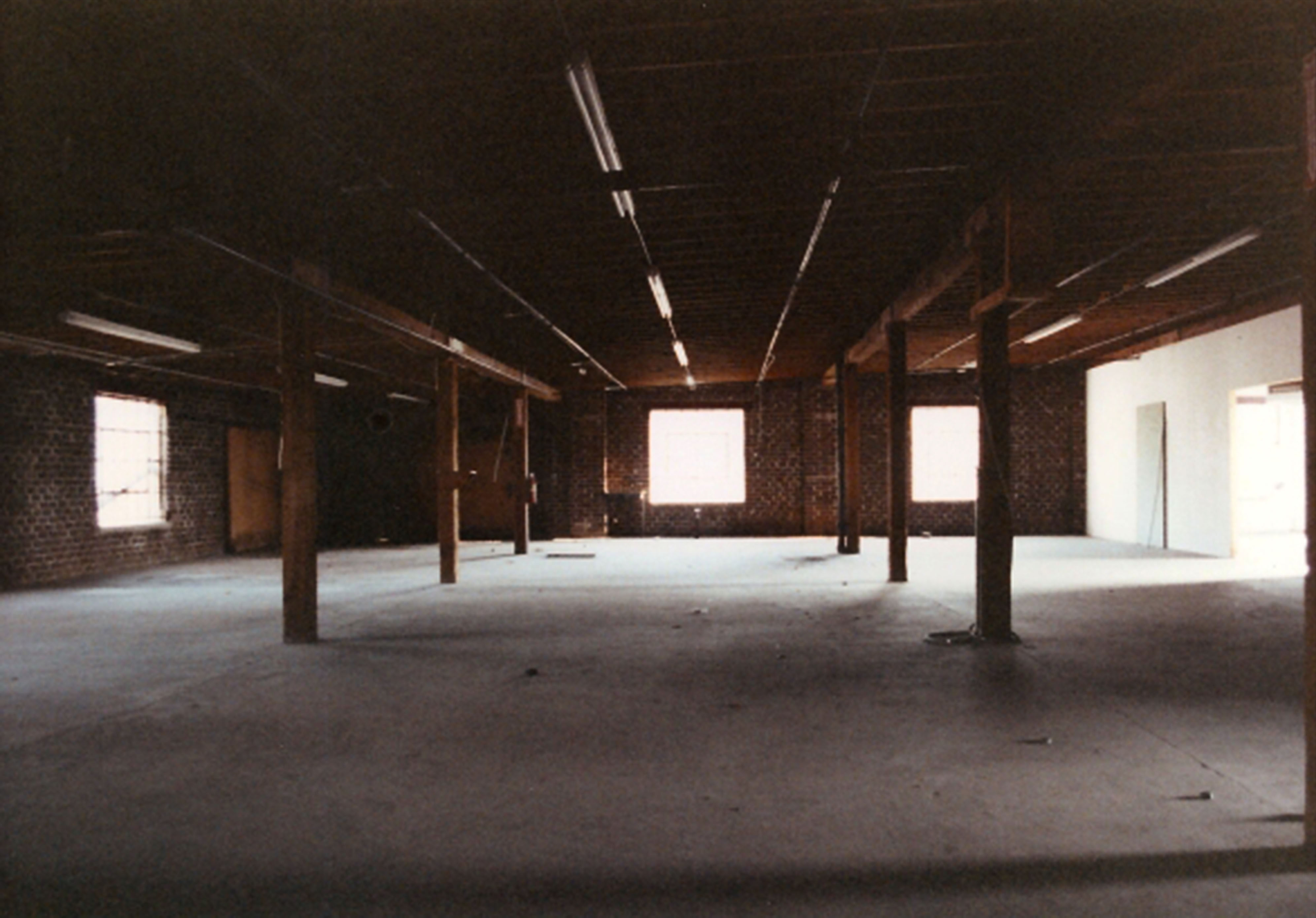